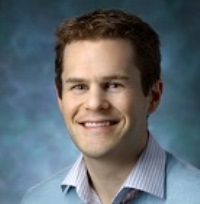 Since Flemming introduced the term “mitosis” over 100 years ago, a challenge has been to understand how cells divide and faithfully transmit chromosomes at each cell division. Errors in the distribution of chromosomes during mitosis lead to the production of cells with an abnormal chromosome content, which in early development lead to lethal growth defects and may later contribute to the development of cancer. My laboratory studies the molecular mechanisms that control accurate chromosome distribution and the role that mitotic errors play in human health and disease. Our work utilizes a combination of chemical biology, biochemistry, cell biology and genetically engineered mice to study pathways involved in mitosis and their effect on cell and organism physiology. A major focus of the group is to develop cell and animal-based models to study the role of cell division defects in genome instability and tumorigenesis.

Centrosomes are major microtubule organizing centers that play an important role in mitosis where they organize the two poles of the bipolar microtubule spindle apparatus upon which chromosomes are segregated. At the beginning of the cycle, cells contain exactly one centrosome that duplicates once, and only once, before the next cell division, to ensure that cells possess only two centrosomes when they divide. The acquisition of more than two centrosomes leads to errors in spindle assembly that can give rise to aneuploid progeny. Moreover, cancer cells often have extra centrosomes that contribute to the genomic instability characteristic of this disease. Centrosomes and chromosomes are the only two structures in mammalian cells whose copy number is precisely controlled, through a once per cell cycle duplication event and equal segregation into the daughter cells during mitosis. We are interested in dissecting the molecular mechanisms that allow the creation of a single centrosome per cell cycle and determining role that supernumerary centrosomes play in the development of cancer.