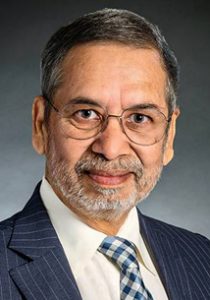 How does our immune system know if a virus is lurking within an infected cell, or if a normal cell has turned cancerous or if an organ is transplanted from an unrelated donor? All these cells differ from our normal self, but the differences are often hidden deep within the cells’ DNA. To permit the immune system to detect these differences, our cells have evolved a remarkable mechanism, called the antigen processing and presentation pathway, that reveals intracellular contents on the surface. This otherwise hidden information is then used to elicit immunity to viruses or cancer. Virtually all intracellular proteins are fragmented into small peptides (p) that are chaperoned by MHC molecules to the cell surface. This comprehensive pMHC display includes peptides derived from normal as well as new proteins, for example, a viral protein in an infected cell or a mutant protein in a cancer cell. The killer T cells of the immune system use their antigen receptors to recognize specific pMHC on the surface of target cells. The pMHC thus acts as a flag for activating killer T cells which eventually eliminate the undesirable ‘foreign’ cell. Unfortunately, the same mechanisms can also reject transplanted organs and self-tissues in autoimmunity. The unique antigenic peptides that set off the killer T cells and the mechanisms that generate the pMHC in health and disease are poorly understood.

To identify unknown T cell activating peptides, we developed the ‘lacZ’ assay for measuring pMHC-specific T cell activation. T-cells containing the inducible β-galactosidase (lacZ) reporter gene are exquisite probes for detecting even rare pMHC expressing cells. Because the pMHC are generated when the antigenic precursor protein is produced in cells, we can screen DNA libraries with the lacZ T cell assay to isolate the relevant antigen coding gene. This expression cloning method has revealed the identity of many antigens from pathogenic microbes, parasites, transplanted tissues and cancer cells.

Intriguingly, we also discovered that antigenic peptides are encoded not only in conventional ‘open’ but also in alternate ‘non-coding’ cryptic translational reading frames. Such cryptic peptides are generated by a novel translation initiation mechanism and play key roles in immunity as well as normal cell biology such as the integrated stress response. We are currently studying the novel sources and translation initiation mechanisms that generate these unique peptides and their unique immunological and biological functions.

We are currently studying how manipulations of the antigen presentation pathway impact immune responses towards viruses, microbes, cancer and self-tissues.