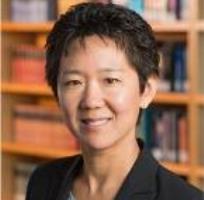 The goal of our research is to understand how eukaryotic cells polarize, divide, move, and vary their genomes to adapt to the changing environment.  We strive for integrated analyses on the systems level that combines whole-cell quantitative observation and mathematical modeling with cutting-edge molecular genetics approaches. We are intrigued about how cells generate patterns through self-organization in response to environmental signals, accomplish division or motility through coordinated structural rearrangements and force production, and, when challenged with hostile environments or genetic perturbations, evolve innovative solutions to maintain vitality and functionality.  In addition to the goal of identifying fundamental principles, we actively seek opportunities to apply basic-research insights to the improvement of human health.  Our research areas include:     I.  Cell polarization and segregation of aging determinants Cell polarity is the simplest form of whole-cell pattern beyond spherical symmetry, from which more complex developmental and multicellular patterns emerge.  Our ongoing work attempts to explain how molecular components of distinct functional modules interact in time and space to establish cell polarity that is robust to noise but sensitive to physiological inputs.  A functional consequence of cell polarity in the unicellular organism, the budding yeast, is asymmetric segregation of aging determinants such that cell division generates a young cell with renewed replicative potential from an aged mother cell.  We use live-cell imaging to observe the generation and transmission of recessive determinants that are beneficial but poorly renewed, as well as dominant determinants resulting from accumulated damages.  We use these data to build models that not only explain the finite replicative life span but also predict its modification by environmental or genetic changes.   II. Spindle positioning and asymmetric meiotic cell division The development of mammalian organisms starts with two rounds of asymmetric meiotic division of the oocyte.  Our recent work has uncovered novel roles of the actin cytoskeleton in the acentric positioning of the meiotic spindle and of the chromatin in setting up cortical polarity required for extrusion of the polar body.  Our ongoing study is designed to elucidate the mechanism of the chromatin-based signal, its transmission through the cytoplasm to the cortex, and consequent changes in cytoskeletal dynamics to produce the forces that drive oocyte symmetry breaking with the potential to impact early zygotic development. III. Motility of differentiated mammalian cells in diverse environments Cell motility is crucial for the development and physiology of diverse cell types and tissues, yet mechanistic insights have come mainly from transformed cell lines moving on 2D surfaces.  An emerging line of research in our lab is to study the motility of cells of well-defined tissue origins in mechanical and geometrical environments that mimic physiological conditions.  We isolate primary cells from genetically modified animals and then apply high-resolution biophysical techniques to observe and parameterize their motility in vitro in engineered environments that provide tissue-mimetic tests of environmental inputs.  Our ultimate goals are to identify context-dependent design principles in the cytoskeletal machine that drives cell movement and to use this insight to develop cancer-specific therapies against tumor spreading and metastasis. IV. Cellular adaptation through variation of chromosome copy numbers Aneuploidy, the state of having unequal numbers of different chromosomes, is a frequent genetic alteration due to errors in mitosis and meiosis and can drive rapid adaptive changes in unicellular organisms and cancer.  Our recent work has demonstrated dramatic ways in which aneuploidy alters gene expression and cell behavior.  We are currently investigating how aneuploidy affects the epigenetic state of cells and which cellular pathways may be particularly sensitive to modification by an unbalanced chromosome dosage.  Metazoans have evolved powerful surveillance mechanisms to prevent aneuploidy, most notably the p53 system that is so often mutated in cancer cells.  Our ongoing study aims to uncover how p53 senses numerical abnormalities of the genome in mammalian somatic cells.  We are also exploring an evolution-based strategy for eradicating karyotypically heterogeneous cell population, with the goal of using it to design combinatorial drug therapies for the treatment of cancer and certain infectious diseases. V. Epithelial morphogenesis and polycystic kidney disease Cells that constitute mammalian epithelial tissues have the ability to detect and adjust to significant environmental stress to maintain their proper differentiated state and multicellular organization.  In polarized renal epithelial cells, a mechanosenory pathway is mediated by a transmembrane complex, consisting of polycystin-1 and polycystin-2 proteins.  Mutations in these proteins result in autosomal dominant polycystic kidney disease (ADPKD), a highly prevalent human hereditary disease. We are using a combination of mouse genetics and live-cell analysis to understand how loss of polycystin function alters the growth control and morphogenetic fate of epithelial cells in ADPKD.