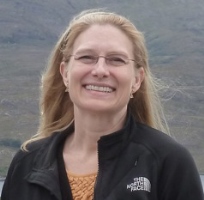 My laboratory is actively engaged in discovering and defining cell signaling pathways that lead to either neuronal survival or neuronal death. We have characterized neuronal injury and survival pathways in fly, mouse and human models of Parkinson’s disease and stroke. We have been on forefront of discovery exploring the role of nitric oxide generated from neuronal and immunologic nitric oxide synthases in the neuronal loss in stroke and Parkinson’s disease. We have pioneered the understanding of this critical cell death pathway naming it Parthanatos, learning that nitric oxide activates the nuclear PAR polymerase and that the enzymatic product, PAR is an intracellular signaling molecule and signaling scaffold. We have discovered a number of PAR binding proteins including apoptosis inducing factor (AIF), which upon binding PAR allows the release of AIF from the mitochondrial membrane and translocation to the nucleus resulting in DNA fragmentation, nuclear condensation and cell death. Recently we found that AIF interacts with macrophage migration inhibitory factor (MIF) and the AIF-MIF-PAR complex translocates to nucleus where MIF cleaves genomic DNA, which is the final step in the parthanatic death cascade. Parthanatos is not confined to the nervous system but is an important response to acute injury in tissues outside the nervous system. We have made seminal contributions to the understanding of neuronal death pathways activated by mutant proteins associated with Parkinson’s disease. We explore the role of the monogenic forms of Parkinson’s disease in order to begin to define the biochemical signaling important to Parkinson’s disease, and compare these findings to the sporadic model of PD using pathologic preformed alpha-synuclein fibrils and human postmortem studies. We are examining changes in RNA translation and protein synthesis in models of PD as well as a role for the inflammasome. Recently, we have defined the pivotal role for c-Abl activation and phosphorylation of alpha-synuclein, parkin, PARIS and AIMP2 in PD. Brain penetrant c-Abl inhibitors are a promising therapeutic and an active area of investigation in the Dawson laboratories. We found overlap between investigations in Parthanatos and Parkinson’s disease in that age dependent loss of dopamine neurons due to expression of the parkin substrate, AIMP2, is dependent on Parthanatos. For many years it was thought that PARP-1 could only be activated by DNA damage but we found that AIMP2 directly activates PARP-1. Therefore, we are now evaluating c-Abl signaling in ischemia in addition to our PD models.

In addition to studying neurotoxicity we are also interested in the contribution of neuroinflammation in injury and disease. Reactive astrocytes are observed in most cases of neurodegeneration, stroke and trauma. Recently we discovered how healthy A2 astrocytes are converted to reactive toxic A1 astrocytes. We are interested in understanding the signaling events that occur during this conversion, that lead to neuronal death and finding ways to halt this process.