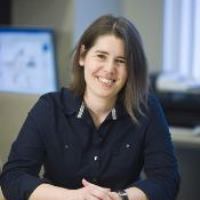 Auditory hair cells, located in the inner ear cochlea are critical for our ability to detect sound. In mammals, neural innervated hair cells come in two flavors: inner hair cells, which are our primary mechanoreceptor and relay sound information to the brain and the signal amplifying outer hair cells. Inner and outer hair cells are structurally and functionally supported by different types of glial like supporting cells with which they share a close lineage relationship. Despite their importance for our ability to hear, little is known about how the different hair cell and supporting cell lineages are specified and what molecular cues trigger their differentiation. A main goal of my laboratory is to identify and characterize the molecular mechanisms underlying hair cell and supporting cell specification and differentiation in the mammalian auditory system. An associated interest is to identify the molecular roadblocks preventing mammalian hair cell regeneration. In mammals, hair cell generation is limited to embryonic development. Lost hair cells are not replaced leading to deafness and balance disorders. However, in non-mammalian vertebrates, supporting cells undergo a process of de-differentiation after hair cell loss, and are able to replace lost hair cells by either cell division or direct trans-differentiation. We recently showed that purified mammalian supporting cells retain some hair cell progenitor-like qualities and are able to trans-differentiate into hair cell in vitro. These results suggest that the lack of mammalian hair cell regeneration is likely due to an absence or blockage of regenerative signals. Currently projects in the laboratory address: 1) the role of the Notch signaling pathway in supporting cell development; 2) the function of signaling gradients and epigenetics regulators in the differentiation and tonotopic specialization of hair cells; 3) the role of the RNA binding protein LIN28B and the mutual antagonistic let-7 miRNAs in hair cell regeneration and supporting cell plasticity.

Prajapati-DiNubila M, Benito-Gonzalez A, Golden EJ, Zhang S, Doetzlhofer A. A counter gradient of Activin A and follistatin instructs the timing of hair cell differentiation in the murine cochlea. Elife. 2019 Jun 12;8.