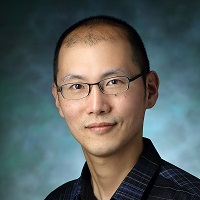 Innate immunity is the first line of defense against invading pathogens in all organisms. The central players of innate immunity are pattern-recognition receptors (PRRs) that can recognize molecular patterns associated with pathogens. A major problem with this strategy is that the danger signals from pathogens are often universal to all organisms such as DNA and RNA!

Two major goals of our research are to determine:

Human absent-in-melanoma-2-like-receptors (ALRs). ALRs are essential intracellular foreign-DNA receptors and play key roles in defense against a number of pathogens such as herpes simplex virus-1 and F. tularensis. ALRs directly assemble into filamentous supra-structures on foreign-dsDNA. These large multimeric structures, which are dubbed as the inflammasomes, activate the pro-inflammatory caspase-1 protease via the central hub protein named ASC. Activated caspase-1 then executes various host responses including cytokine maturations and cell death

ALRs are essential in defense against virtually all pathogens that use DNA as genetic materials. However, a growing body of evidence indicates that ALRs have key roles in promoting a number of human diseases including several types of cancer (e.g. prostate cancer, breast cancer, and melanoma) and autoimmune disorders (e.g. Sjögren’s syndrome, systemic lupus erythematosus, and systemic sclerosis).

Mechanistic Biophysics. We weave several classic and cutting-edge biophysical methods in a highly synergistic fashion to resolve the following fundamental mechanistic questions in understanding how ALR-pathways operate at the molecular level: