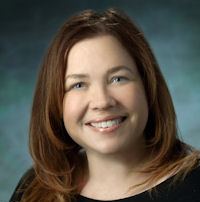 Understanding the cell biology of genomes and how nuclear architecture controls gene expression is necessary to truly understand biological processes such as development and disease. Although sequencing of the genome and comparative genome analysis have yielded insights into the regulation and dis-regulation of genetic information, these efforts shed little light into how genomes actually work in vivo. The impact of architectural and cellular organization of genomes on gene activity is a next step to unlocking genetic and epigenetic mechanisms in development and disease. Recent evidence is emerging that the non-random organization in the nucleus is a contributing factor in regulating genes important to multiple developmental processes. Moreover, some studies suggest that the non-random organization in the nucleus is a contributing factor in initiating translocations. In mammalian nuclei, chromatin is organized into structural domains by association with distinct nuclear compartments. Such interactions are likely to bring together coordinately regulated genes and to focus proteins and enzymes that regulate DNA based activities such as transcription, recombination, replication and repression. While evidence mounts that genes are regulated by association with distinct nuclear compartments, relatively little is known about how specific loci are directed to different domains. I hypothesize that such “nuclear addressing” requires specific cis elements that interact with a set of sequestered proteins (trans factors) to establish and maintain nuclear architecture and functionality. Such self-reinforcing interactions likely lie at the heart of nuclear structure and function. My recent work has demonstrated that one such compartment that is important for both nuclear structure and gene regulation is the nuclear periphery. In addition to regulation of Immunoglobulin Heavy Chain loci, the nuclear envelope (NE) is also implicated in regulating, among other things, muscle specific genes. The focus of the research in my lab is to begin to understand how the nuclear periphery and other subcompartments contribute to general nuclear architecture and to specific gene regulation. These questions comprise three complementary areas of research: understanding how genes are regulated at the nuclear periphery, deciphering how genes are localized (or “addressed”) to specific nuclear compartments and, finally, how these processes are utilized in development and corrupted in disease.