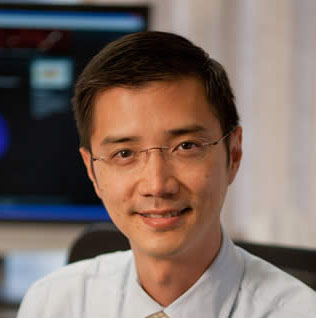 Each day, animals engage in goal-directed behaviors to satisfy innate drives, such as the need for sleep, food, and water. Despite the essential nature of these behaviors, many of the molecular and neural circuit mechanisms underlying these behaviors remain poorly defined. The focus of our laboratory is to unravel the genetic and cellular processes that mediate these behaviors, with a particular focus on how neural plasticity drives the persistence of these behaviors. To do this, we leverage the distinct strengths of two powerful genetic model systems—the fruit fly Drosophila melanogaster and the house mouse Mus musculus. We start by conducting large-scale forward genetic or circuit screens in Drosophila, in order to identify novel molecules or neural circuits that regulate an innate behavior. We then determine the mammalian homologs of these genes and perform constitutive or conditional knockouts in mice. We characterize the relevant genes or circuits using a multi-pronged approach, including molecular and genomic analyses, expression profiling, behavioral assays, functional imaging, optogenetic and chemogenetic manipulations, and electrophysiological techniques.

As an example of our approach, we identified the first clock output molecule mediating sleep onset from a large-scale screen in Drosophila. This molecule, named WIDE AWAKE, acts downstream of the circadian clock to tune the excitability of arousal-promoting clock neurons in Drosophila. Our current work has revealed that the fundamental function of WIDE AWAKE is conserved in mice and has led to exciting insights into the nature of the neural circuits regulating arousal in mammals. We have recently also identified the first neural circuits encoding sleep drive and protein hunger. Strikingly, we have found that neural plastic changes within these specific circuits encode the persistence of these behaviors, providing an elegant solution to how these innate drives continue until the need is replenished. Ongoing work seeks to define novel molecular and cellular mechanisms underlying the circadian and homeostatic regulation of sleep and fundamental processes by which hunger is encoded and feeding is modulated. Given that dysregulation of these basic drives plays significant roles in human diseases (such as hypersomnias and obesity), a deeper understanding of these processes may pave the way towards developing novel treatments for these common and high-morbidity conditions.