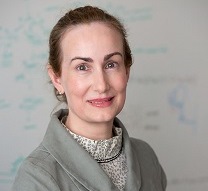 How are gene programs regulated to modify the brain during experience and disease?

The Meffert lab studies molecular mechanisms underlying enduring changes in brain function. We are interested in understanding how programs of gene expression are coordinated and maintained to mediate altered synaptic, neuronal, and cognitive performance. Rather than concentrating on single genes, our research is particularly focused on understanding the upstream processes that allow stimuli to synchronously orchestrate both up and down-regulation of the many genes required to mediate changes in growth and excitation. This process of gene target specificity is implicit to the appropriate production of gene expression programs that control lasting alterations in brain function.

Advances in sequencing and proteomics have revealed that post-transcriptional regulation of gene expression plays a predominant role in determining the cellular complement of proteins, but knowledge of post-transcriptional mechanisms capable of coordinating growth programs in neurons or locally at synapses has been lacking. Our laboratory elucidated a mechanism responsible for pro-growth programs of protein synthesis in which activity-dependent regulation of microRNA (miRNA) production governs the selection of gene targets for protein synthesis. We found that the translating pool of RNA may be controlled through both positive and negative regulation of the biogenesis of mature microRNA from precursor microRNAs. Our laboratory is further exploring the importance of microRNA biogenesis and RNA-binding proteins in determining rapid and specific changes in the neuronal and synaptic proteome and the in vivo roles of these pathways in healthy and dysregulated brain function, as well as peripheral nociceptive responses.

Disruption in the growth and function of synaptic connections is a central feature in the development of multiple cognitive disabilities, including autism spectrum disorder. While our understanding of how brain development differs in autism is far from cohesive, an early overgrowth of neurons and synaptic contacts, as well as a failure to prune inappropriate synapses, has been observed in children with autism and in several mouse models of autism. At the molecular level, accumulated evidence indicates that dysregulated protein synthesis, resulting in overproduction of key synaptic proteins, contributes to atypical neural and synaptic growth in autism. Ongoing studies in our laboratory are using mouse models and human samples to investigate how protein synthesis and microRNA biogenesis may be pathologically regulated to produce an overabundance of pro-growth proteins and behavioral features in autism.