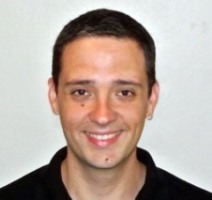 A fundamental property of living cells is their extraordinary ability to sense and respond to a changing environment.  In higher eukaryotes, malfunctioning of signaling networks has many devastating consequences such as cancer, diabetes or autoimmunity. Such consequences arise from the inability of cells to properly evaluate information and cooperate. Our main focus is to understand how individual cells use signaling networks to integrate information, and eventually coordinate collective cell behaviors. Over the last decade, increasing evidence has shown that the stochastic nature of molecular interactions is a major challenge, especially when cells transduce environmental information. Low molecule copy numbers, macromolecular crowding and picoliter volumes shape the reality of signaling networks; a reality that is often ignored by using bulk cell-population assays. My laboratory takes a single cell approach at studying how signaling networks operate dynamically. We combine 3D live cell imaging, fluorescent biosensors and optogenetics to investigate the origins and consequences of signaling dynamics at single cell level. In particular, we concentrate in analyzing individual cells in a multicellular context where collective cell behaviors lead to complex functions, such as immune response or carcinogenesis. In developing this research program we expect to understand fundamental principles of cell signaling and multicellularity, and their impact in human disease.