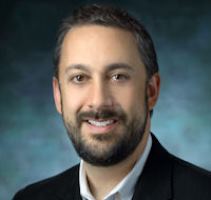 Synapses are specialized cell-cell junctions which connect individual neurons together and are the sites of transmission of information between neurons. While the molecular mechanisms which promote synapse formation have been a subject of intense investigation, little is known about the molecular mechanismsthat limit synapse formation so that synapses form at the right time and place and in the correct numbers. We hypothesize that this step in the refinement of synaptic formation is crucial for the fine-tuning of neuronal connectivity and that signaling networks which limit synapses during development are either defective or inappropriately activated in cognitive disorders.Accordingly, our laboratory studies the signaling pathways that regulate synapse formation during normal brain developmentto begin to understand how, when these pathways go awry, human cognitive disorders develop. Currently projects include studies of: 1) Ephexin5: Ephexin5 is a guanine nucleotide-exchange factor (GEF) thatactivates the small G-protein RhoA, a regulator of the actin cytoskeleton. Genetic loss- and gain-of-function studies indicate that Ephexin5 acts to restrict spine growth and synapse development in the developing brain. Upon induction of EphrinB/EphB ligand-receptor signaling, Ephexin5 is rapidly phosphorylated in an EphB-dependent manner and targeted for proteasome-dependent degradation. These findings suggest that Ephexin5 functions as a barrier to excitatory synapse development until its degradation is triggered by EphrinB binding to EphBs. Interestingly, the degradation of Ephexin5 is mediated by Ube3A, a ubiquitin ligase whose expression level is altered in the human cognitive disorder Angelman Syndrome (AS) and in some forms of autism. This suggests that aberrant EphB/Ephexin5 signaling during synaptic development may contribute to the abnormal cognitive function observed in AS and autism.  Using Ephexin5 our laboratory will pursue an understanding of the molecular pathways that regulate restriction of excitatory synapse formation and their relevance to the pathophysiology of Angelman Syndrome byaddressing the following questions: 1) What are the molecular determinants critical for Ube3A-mediated   control of Ephexin5 degradation? 2) What molecular and cellular events underlie Ephexin5-mediated       excitatory synapse restriction important for basic wiring of the nervous system?  3) What additional substrates of Ube3A are important for synapse formation? 2) New regulators of synapse formation: The goal of this studywill be to identify additional components of the genetic program thatrestrict synapse numbers using previouslydeveloped immunocytochemistry-based assay for neuronal synaptic connections in vitro. Specific targets will becorroborated using electrophysiological andin vivomorphologicalmeasurements. We are particularly interested in genes whose products function to restrict synapse formation early in development and are suggested to be defective or inappropriately activated in cognitive disorders.

Activity-Dependent Degradation of the Nascentome by the Neuronal Membrane Proteasome.

A dual role for the RhoGEF Ephexin5 in regulation of dendritic spine outgrowth.

From UBE3A to Angelman syndrome: a substrate perspective.