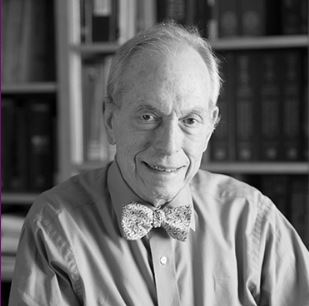 Neurotransmitters, Second Messengers and Drug Action in the Nervous System

Our lab studies diverse signaling systems including those of neurotransmitters and second messengers as well as the actions of drugs upon these processes.  We have been interested in atypical neurotransmitters such as the gasotransmitters nitric oxide (NO), carbon monoxide (CO), and hydrogen sulfide (H2S).  A particular focus has been upon downstream targets of NO and H2S.  Besides its stimulation of cGMP formation, NO acts by nitrosylating a wide range of targets including prominent intracellular proteins such as the sodium pump and tubulin.  H2S acts by an analogous process ‘sulfhydrating’ target cysteines.  Sulfhydration of the protein parkin plays a role in the pathophysiology of Parkinson’s Disease. We discovered a major loss of the enzyme cystathionine-gamma-lyase (CSE) in Huntington’s Disease; treatment with cysteine derivatives alleviates neuropathology in murine models of the condition.

We have established that D-serine is a novel neurotransmitter, which acts by stimulating the “glycine” site of glutamate-NMDA receptors.  We isolated and cloned serine racemase, which generates D- from L-serine.  Mice with deletion of serine racemase evince disorders in NMDA transmission.  The pathophysiology of DISC1, whose mutation underlies psychotic disorders, reflects its binding to serine racemase to impair D-serine formation.

Huntington’s Disease (HD) stems from mutations in the gene encoding the protein huntingtin, which occurs ubiquitously despite the selective destruction of the corpus striatum in HD.   We discovered that HD’s striatal selectivity reflects the binding of the striatal-selective G protein Rhes to mutant huntingtin whose cytotoxicity is thereby augmented.

We have discovered and characterized a novel cell signaling cascade whereby physiologic stimuli, such as growth factors, or pathologic cell stressors, such as cocaine, stimulate the formation of NO which nitrosylates the glycolytic enzyme glyceraldehyde-3-phosphate-dehydrogenase (GAPDH).  Nitrosylation terminates the catalytic activity of the enzyme and confers upon it the ability to bind to Siah, an ubiquitin-3-ligase, which mediates nuclear translocation of GAPDH.  In the nucleus distinct pathways mediate trophic or toxic actions of GAPDH.  We showed that Deprenyl, a drug used to treat Parkinson’s disease and which protects neurons from cell death, acts by blocking the nitrosylation of GAPDH and its binding to Siah.   Deprenyl-like drugs may be therapeutic in neurologic diseases and cocaine addiction.  We have recently identified very high affinity binding of cocaine to a presumed receptor BASP1, whose deletion diminishes cocaine’s actions.

In past years we identified, isolated and elucidated receptors for the second messenger IP3, which releases intracellular calcium.  We have been studying higher inositol phosphates, especially IP7, which contains an energetic pyrophosphate bond.  We discovered that IP7 phosphorylates proteins in a fashion rather different than does ATP.  This phosphorylation is a non-enzymatic auto-phosphorylation.  We have cloned a family of three IP6 kinases and a related enzyme, inositol polyphosphate multikinase (IPMK).   Besides phosphorylating inositol phosphates, IPMK is a physiologic PI3 kinase.   Additionally, in a non-catalytic mode, IPMK binds and stabilizes the mTORC1 complex, facilitating protein translation.   Also non-catalytically IPMK is a transcriptional co-activator for p53 and for p300/CBP, thereby playing a major role in transcriptional signaling.  The importance of these events is evident in the abolition of immediate early gene induction in IPMK deleted mice.