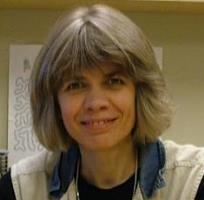 Copper plays an essential role in human physiology. It serves as a cofactor to key metabolic enzymes that are required for respiration, neurotransmitter biosynthesis, detoxification of radicals, blood clotting, connective tissue formation, and many others processes. Through currently unknown mechanisms, copper regulates the myelination of neurons, inflammatory response, and alters the sensitivity of cancer cells to chemotherapeutic drugs, such as cisplatin. The long-term goal of our research is provide a detailed understanding of human copper homeostasis in health and disease.   Structure, Function, and Regulation of Human Copper Transporters In human cells, copper levels are controlled by two copper-transporting ATPases, ATP7A and ATP7B. Genetic mutations in ATP7A result in marked copper deficiency, particularly in the CNS, and Menkes disease. Menkes disease is a severe multisystem disorder with a profound effect on human growth and development, and mostly lethal outcome. Mutations in another copper transporter, ATP7B, are associated with copper accumulation in tissues, particularly in the liver, and Wilson’s disease. Wilson’s disease affects primarily children and young adults and has hepatic, neurologic and psychiatric manifestations.   Our group studies the function and regulation of ATP7A and ATP7B in different cell types. We use a combination of biochemical, biophysical, and cell biological approaches to understand the copper transport mechanism, and to examine the effect of various mutations on the structure and activity of copper transporters. The intracellular localization of ATP7A and ATP7B is regulated by changes in copper levels. By using site-directed mutagenesis and regulated expression of copper transporters in mammalian cells, we investigate how ATP7A and ATP7B sense changing copper levels and adjust their intracellular location and activity. We found that ATP7B undergoes a kinase-mediated phosphorylation, and we investigate the role of this phosphorylation in the ATP7B function and intracellular trafficking.   Copper chaperones Copper is a redox active metal, thus the intracellular concentration of copper is tightly controlled. It is thought that all exchangeable copper in a cytosol is bound to small protein carriers that are called copper chaperones or metallochaperones. These proteins distribute copper to different cellular destinations (cytosol, mitochondria, secretory pathway) and modulate the activity of their target enzymes. We are characterizing the functional interactions and the mechanism of copper transfer between the human copper chaperone Atox1 and the copper transporters ATP7A and ATP7B.   Molecular Mechanisms of Wilson’s disease Copper misbalance has severe consequences for cell physiology. We utilize the genetically engineered Atp7b-/- mice to better understand (i) the molecular and cellular events that trigger the onset of Wilson’s disease pathology in different tissues, (ii) the mechanism of disease progression, and (iii) the role of various metabolic pathways in determining the severity of the disease. Our goal is to generate a comprehensive and predictive model for Wilson’s disease. To achieve this goal, we investigate the copper-induced changes at a single cell level and combine these studies with a large-scale analysis of a proteome, metallome, and a transcriptome of various cell compartments and an entire tissue.

Schushan M, Bhattacherjee, A., Ben-Tal N, Lutsenko S (2012) A Structural Model of the Copper ATPase ATP7B to Facilitate Analysis of Wilson disease-causing Mutations and Studies of the Transport Mechanism Metallomics 4(7):669-78.