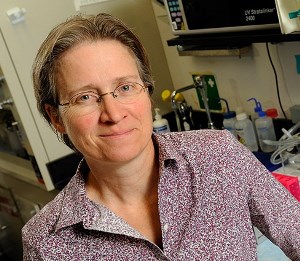 The ribosome is the macromolecular complex that translates the genetic code into functional polypeptides. We are interested in how this ribonucleoprotein (RNA + protein) machine catalyzes and coordinates the complex molecular events of translation. Current work in the Green lab ranges all the way from translational initiation mechanisms in bacteria to ribosome homeostasis in human disease. In all of our projects, we rely on biochemical methods, using in vitro translation systems fully reconstituted from bacterial and yeast components. Most projects in the lab also incorporate ribosome profiling and other high throughput genome-wide approaches to leverage our biochemical findings into biological insights. In the bacterial system, we are interested in how the cell decides which mRNAs to translate, how pauses during elongation are resolved, and how irreversibly arrested ribosomes are rescued and recycled. In eukaryotes, we are interested in the lifetime of an mRNA: its synthesis and processing in the nucleus, its translation by the ribosome in the cytoplasm, its ultimate degradation, and how the ribosome participates in these decisions – these questions are essentially those of gene regulation and mRNA quality control. Finally, we are interested in how ribosome homeostasis is critical to gene expression, and thus ultimately to human health and disease. These questions revolve around the ribosome and the cellular factors that engage it; these are the molecular problems that fascinate us.